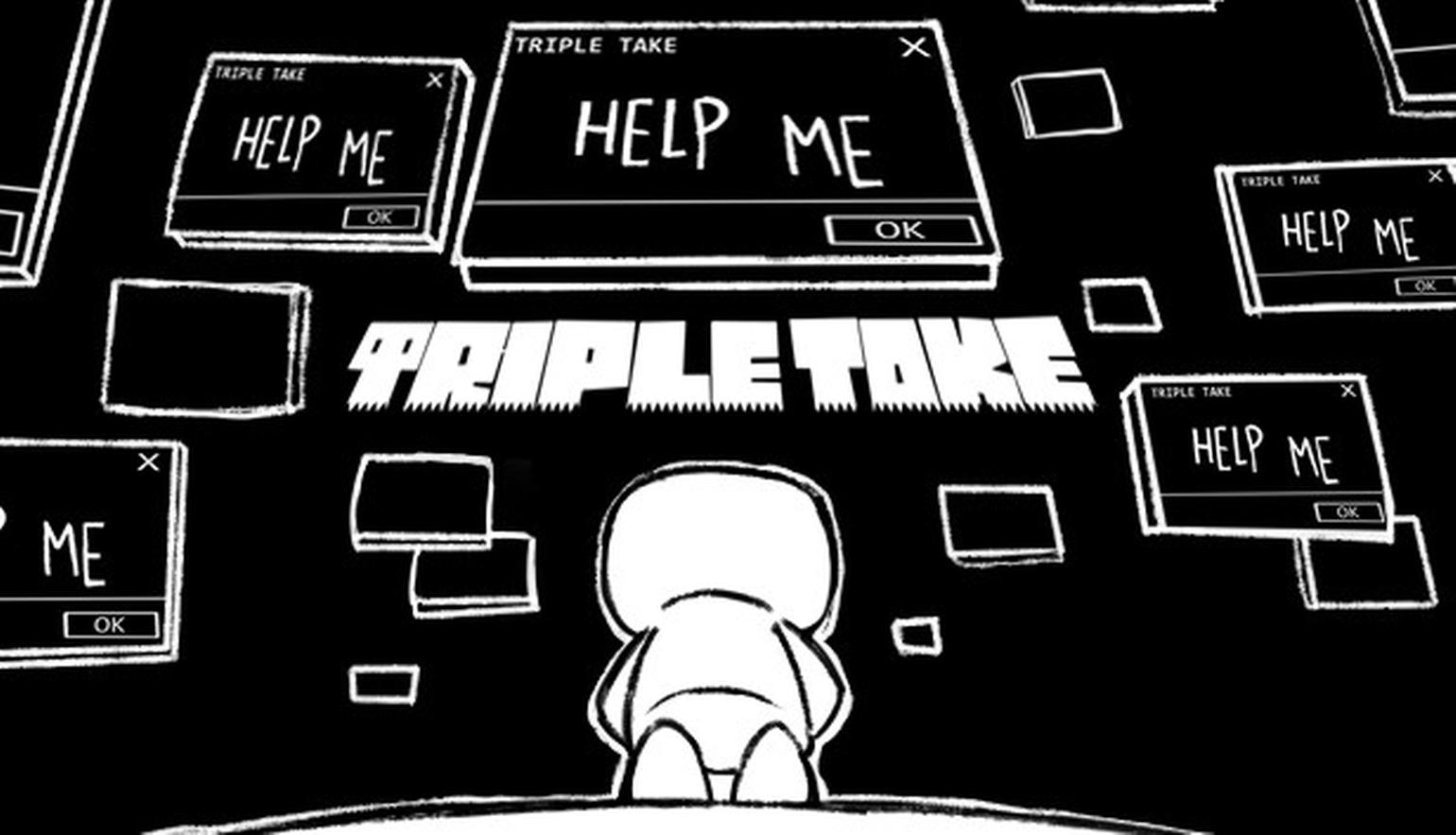 Triple Take is a 2D pixelated precision platformer with bullet hell elements and meta-game interactions. These interactions involve actually going through your documents to progress the game. It does have psychological horror in it and tends to break the fourth wall just like the aforementioned document gameplay. Triple Take is surprisingly fun and addictive to play. I would say that it’s criminally underrated because it’s well crafted in its gameplay and story. Skip to the verdict if you want a quick summary, if not then I hope you’ll enjoy this thorough review.

Let’s start off with the gameplay: It’s a precision platformer. This means that you’ll be jumping through each level to reach a flag. The controls are basic: Arrow keys to move and Spacebar to jump. Each world has its own platforming mechanics to keep things interesting. For example, World Three introduces the swimming mechanic in water while World Four has ropes that you can climb.

Any time you touch a hazard, you will be sent back to the start of the level’s current phase. When I mean phase, I mean that each level has “three takes” hence the name of the game. Each take will get progressively harder to the point of almost altering the route of the level. Each level will have a collectible scroll that can be grabbed during certain takes. There are a total of 10 levels in each world with the last level being boss levels.

I will give praise to the design of the boss levels. Each boss has a fun twist to it that make them distinct from the lesser levels. For example, the second boss is essentially a bullet hell boss in which you try to outlast him by dodging all of his fireballs. The next boss becomes a shoot em up battle that gives you three hitpoints as opposed to the “one hit, you die” rule.

The other most notable mechanic that I’ve tried so far is the meta-game one that involves accessing your folders. This is the coolest feature by far and I love games that are able to do this. You would go into the documents folder when prompted and you’ll interact by either dragging the files into the right folder or accessing files with information in them. I love how seamless the game is whenever you interact with the files. As soon as you put it in, the game does not hesitate in showing the changes you’ve put in.

I love the pixelated art style and the designs for the characters and levels. It is minimalistic and geometric in nature. It may not have the most details but that’s good in this precision platforming game due to having less gutter and distractions to help you focus. The surreal geometric designs of the cast give them enough life and uniqueness in this strange place. I also like the small touch of each world being identified by a single color which makes them look nice and shows off their themes. The fiery World Two is colored in bright orange; The watery World Three in light ocean blue; The wild World Four vibrant in green.

The music is fantastic. It is a wonderful mix of 8-bit music that gives me vibes of Wario Land. Then the game decides to hit you with crisp piano music, lo-fi vibes, and etc that seemingly come out of nowhere. You’ll hear mixes of these two generes together which further adds to the mystery of this game. Not everything is what it seems after all.

So far I think the game is super smooth in its platforming but there are issues that challenge this idea.

Some platforming mechanics are inconsistent. So far I can name two that really struck a nerve: Bounce pads and Swimming. For bounce pads, the timing is very weird. To jump higher, you need to time and hold your jump which sounds simple enough. The problem is that you’ll usually do a limp jump half of the same time which will most likely cause you to die. It is extremely easy to lose momentum on the bouncepads.

For swimming, I hate how much you need to spam the spacebar to keep a certain height. There are water sections in which you need to time your descent or ascent but your character moves slow in the water. Factor in hazards in the water and your player’s hitbox and you have a Flappy Bird simulator. There are long levels that have these sections which makes restarting painful because of how long, slow, and dangerous they are.

I have finished the game and as much as I love the ending to Triple Take, the journey to get there was rather taxing. The final boss itself is a huge flaw that could have ended the game in a satisfying way, but instead chose to be incredibly annoying. It is essentially the first three world bosses wrapped together. The first phase should not be that bad, but the second and third phases are bullet hell. It also doesn’t help that the attacks are random and if you get hit once then you restart the phase. So the final fight becomes a luck of the draw battle.

If you didn’t read all the mumbo jumbo in detail then here’s a quick recap:

BUT these things suck (as far as I’ve played):

Over all, I still recommend Triple Take. The game is absolutely worth the price as the levels are designed to be both fun & challenging. The folder gameplay is a neat mechanic in certain events that add more immersion. The story so far is pretty decent in its breaking the fourth wall. Thanks for reading and I hope you all have a nice day!

You can purchase Triple Take through the Steam Store page HERE! 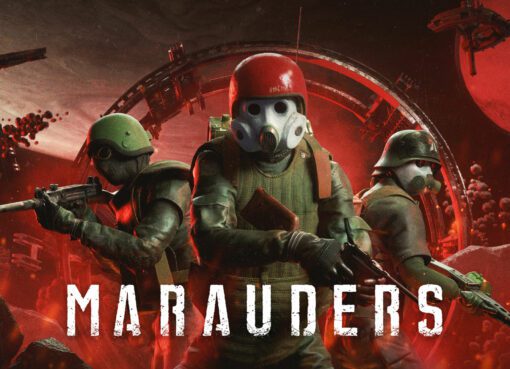 The Legend of Tianding Review

If you've ever played the game Guacamelee then you already know how the battle system of The Legend Of Tianding works, a Taiwanese beat 'em up with comic book-like visuals. The first thing that imp
Read More