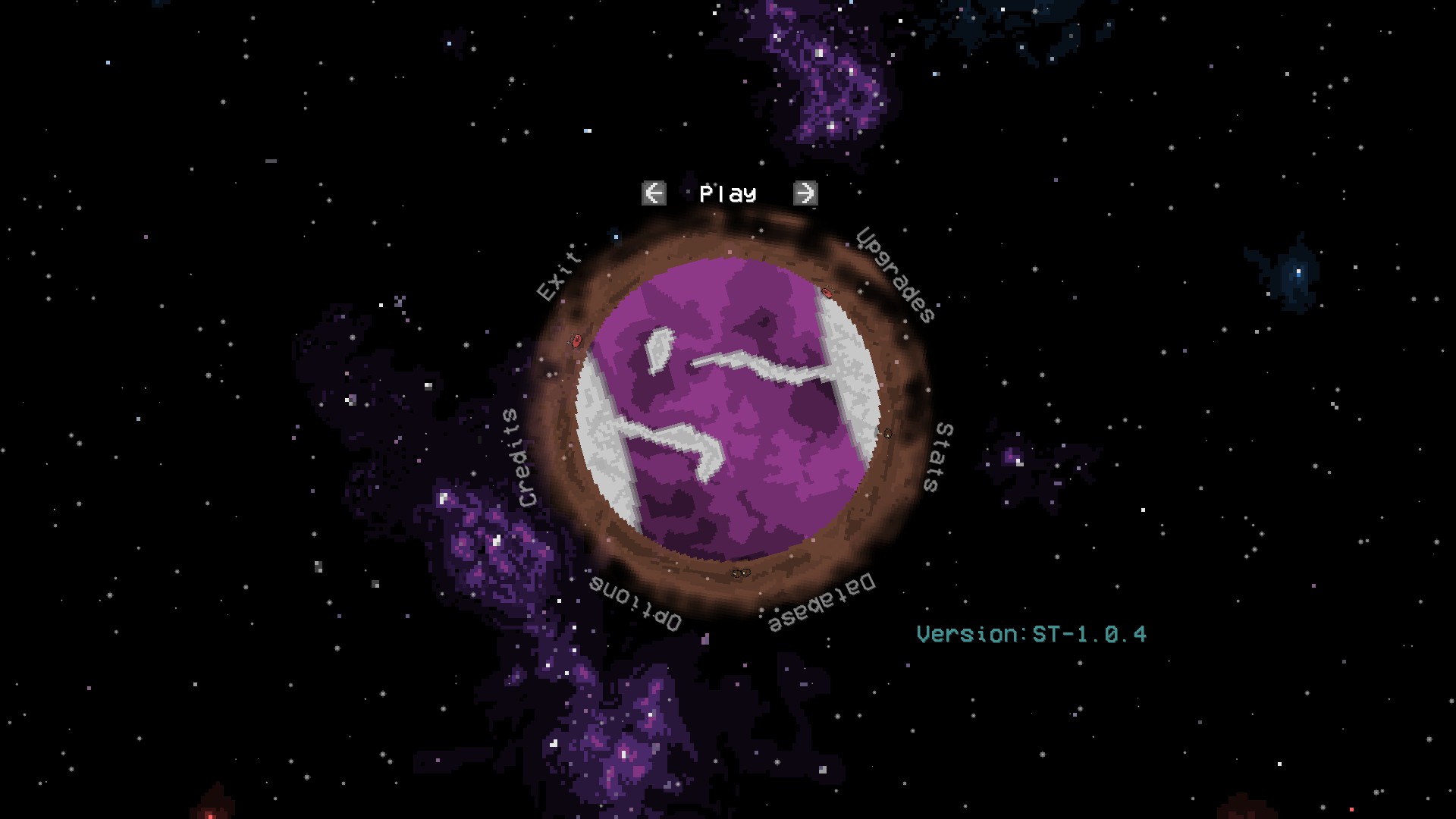 Operation Zeta is a novel roguelike, if a bit obtuse and mildly frustrating at the start. At the end of the day, however, it’s money well spent for fans of the genre.

You are an explorer whose spaceship has been destroyed in a losing battle (the Eponymous Operation Zeta), and you must scramble around the various planets in the sector to collect the pieces of your ship and repair them before the death laser is fired by your enemies, killing you. Since this is a roguelike, you should expect that this is easier said than done. Expect to die frequently until you come to terms with the rules of the world; the game doesn’t even attempt to explain anything but the most basic controls. Navigation in your ship can be difficult to really master as the gravitation of planets will definitely affect your ship.

The “music” is abysmal, consisting of atonal chiptune bloops and bleeps designed to evoke a sci-fi feel. Thank god you can mute it, because it’s one of the most unpleasant noises I’ve ever heard in my life. The graphics are…acceptable. I’m going to be honest; I really don’t care for pixel art here. In many cases it’s just a little too low-res to let me know what I’m looking at. This wouldn’t be a problem in most cases, except for when there’s a fetch quest and you have ABSOLUTELY no idea whether the random shape you’re staring at is a rock, or the item you need, or a completely unrelated item. Because, you see, to get the parts you need, you’ll have to travel to different planets and do little tasks for various aliens and other beings that you find on them. Not every planet has an NPC, though. Oh, and there’s a time limit. It starts out at ten minutes until certain death, though there’s ways to extend this limit. Sometimes it’s a fetch quest – if you’re lucky, the item is on the planet you’re at. Otherwise, good luck finding it. Sometimes it’s a weird minigame. Sometimes, it’s a kill quest. Pray it’s not a kill quest; the combat is…not great, at least starting out.

There’s a lot to unlock, in terms of lore and playable characters, which is nice. And there’s plenty of upgrades. And honestly, even though I’ve said a couple negatives about the game, there’s a “one more run” hook here. The gameplay loop is generally fun, though it’s very RNG dependent. You’re also going to get more mileage out of the game if you enjoy the humor. If you don’t like the general tone of the NPC’s, you probably will not enjoy the game as much. This game is definitely not for everyone. If you’ve never played a roguelike, I wouldn’t suggest starting here. But if they’re your jam, this one is worth your time.