As expected, Nvidia have announced the GeForce RTX 4090 during their GeForce Beyond livestream – and confirmed the RTX 4080 for good measure. Both GPUs are based on Nvidia’s new Ada Lovelace architecture and will launch this year: the RTX 4090 on October 12th, and the RTX 4080 sometime in November.

Key features of Ada Lovelace, and thus these new cards, include 3rd Gen RT cores, 4th Gen Tensor cores, and a new streaming multiprocessor. These supposedly add up to twice the performance of Ampere in standard rasterized games, and up to four times the performance in ray traced games. And since Nvidia were clearly in a ray-tracey mood, they also took the opportunity to reveal Portal RTX: a semi-official mod for the original Portal that upgrades it with RT lighting and reflection effects. Corrrr.

If they can reach the hallowed grounds of a 4x performance boost, it will likely be with ray tracing and, especially, DLSS. Ada Lovelace’s “Shader Execution Reordering” feature reschedules RT workloads on the fly, so the GPU can process ray traced frames more effectively (and, therefore, faster). RTX 40 series GPUs will also be the first to support DLSS 3, a new version of Nvidia’s Deep Learning Super-Sampling upscaler. This uses the architecture’s hardware and enhanced AI smarts to generate entire new frames in the upscaling process, not simply regenerating the frames that have already been rendered, leading to a massive boost in FPS.

How massive? Results will vary depending on the game, and even the Cyberpunk 2077 and Microsoft Flight Simulator demos that Nvidia showed during the livestream weren’t terribly helpful due to a lack of specific settings being given. But with maxed-out graphics and ray tracing, these did show Cyberpunk 2077 jumping from about 20-25fps without DLSS to over 60fps with DLSS 3, so it’s clearly got some chops. Nearly 40 games are confirmed to be getting DLSS 3 support, already far more than AMD’s latest FSR 2.1 upscaler, and these include the likes of Cyberpunk 2077, Flight Sim, Hitman 3, Atomic Heart, and The Witcher 3: Wild Hunt.

Another DLSS 3 ‘game’ will be Portal RTX, which is coming to Steam later this year as a free download for Portal owners. I’ll leave opinions about how ray tracing affects Portal’s aesthetic between you and your eyeballs, but it does look swish from a purely technical standpoint. And, in what could be an even more exciting release, the tool used to make it – Nvidia Remix – will launch for free as well. Remix aims to help modders easily create ray tracing mods, including DLSS 3 and Nvidia Reflex support, by letting them import a game into the tool and simply add these features with a few clicks. It even uses AI to create brand new models and assets that replace the original, lower-fidelity ones in the game.

It sounds mad, but apparently is that straightforward – the games seemingly just need to be based on DX8 or DX9 and use a “fixed function graphics pipeline”, which I’ll admit is getting into techy territory I don’t understand. But Nvidia did show how well it can work with a Remix-ified look at The Elder Scrolls III: Morrowind, which looks like a fully fledged remake. Not that I’m advocating AI ever take the place of actual artistry, but I’ll definitely be looking forward to see what folk can do with this. 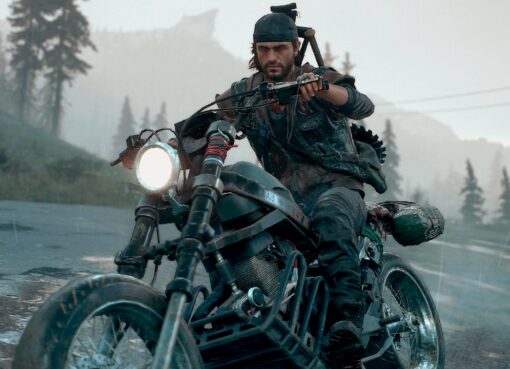 Despite a relatively well-received run of games from 1999 to 2007, the Syphon Filter series has seemingly vanished, with no reboot in sight. But Sony appears to have had one on the mind recently, and
Read More 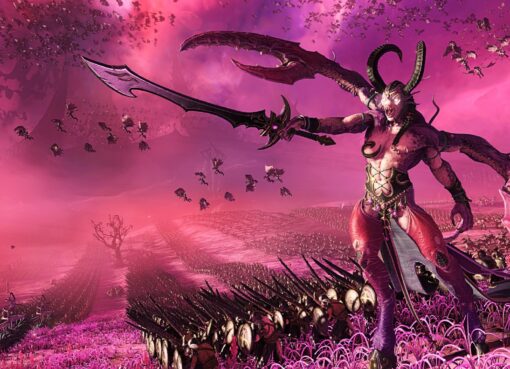 The final Chaos faction for Total War: Warhammer III has been officially unveiled. We first got a glimpse of Slaanesh as part of Nurgle's reveal a couple of weeks ago, but now it’s everyone’s favourit
Read More 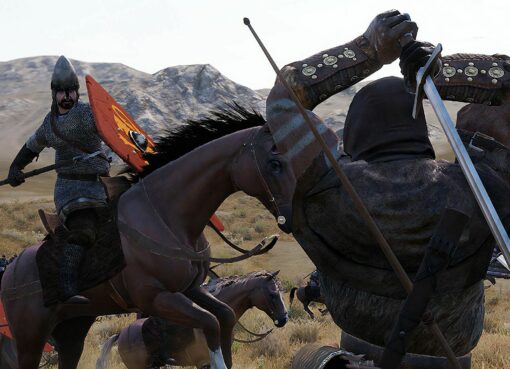