Sometimes developers come up with concoctions for game ideas that sound fantastic on paper, but when thrown into the pot, mixed up and served create something… interesting. Lost Ruins is a game with elements of difficulty similar to what a player would expect from Dark Souls, with tight controls that work flawlessly and of course the spice of beautifully done pixel artwork and animation.

Lost Ruins’ goal is mostly to present a difficult metroidvania style game, with an emphasis on combat, which the game is wildly successful at doing. The player is present many ways to dispatch their enemies from a good variety of melee weapons to throwable items and magic. Of course that’s not all as you also have a variety of items that can alter the game mechanics such as giving you health back with attacks or allowing you briefly float. These types of items can vastly change your approach to combat. 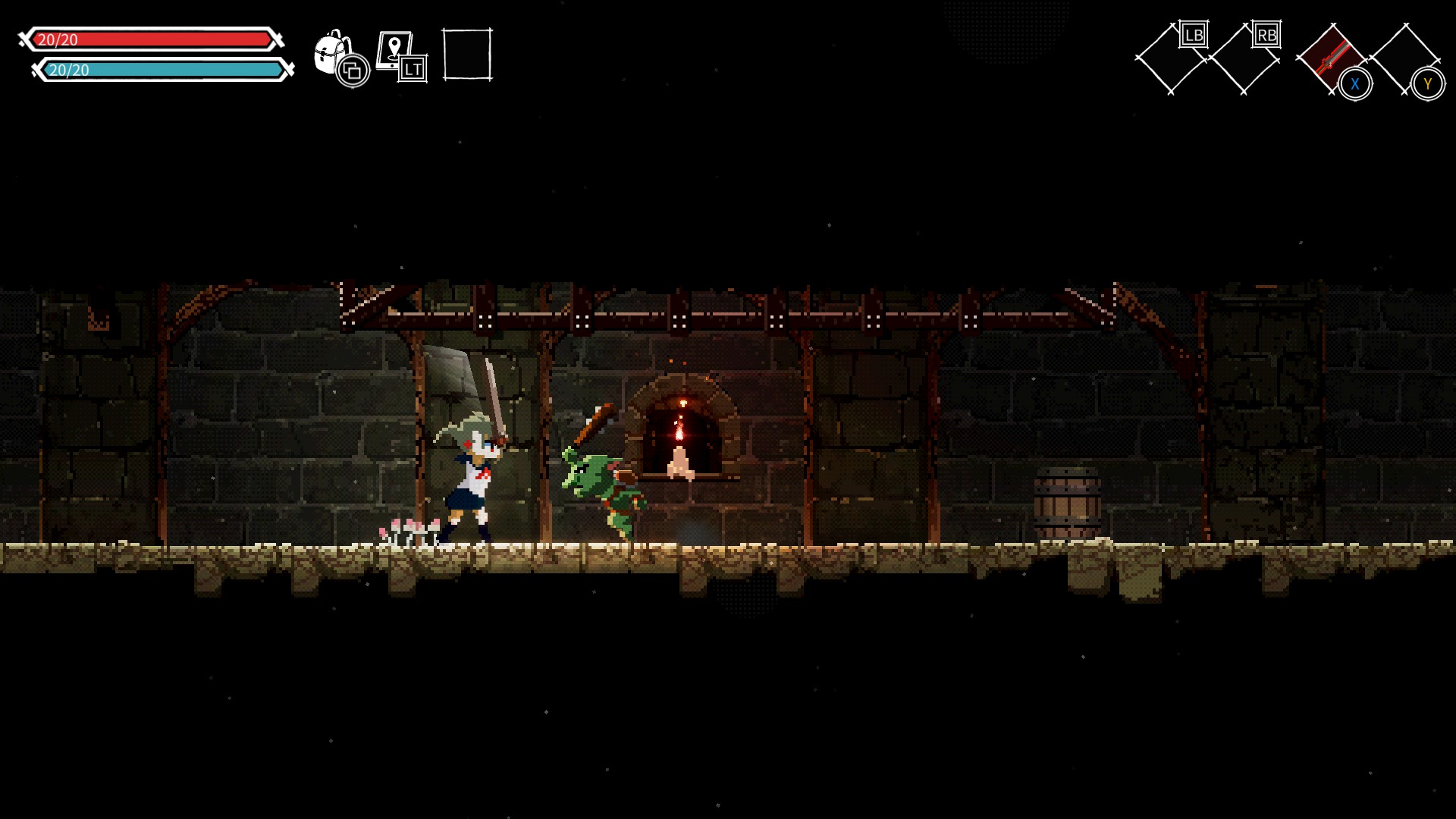 There is more here than running and gunning or just slashing away like a madman until things die. The player will have to actually really take care with their approach because this game is relentless. Don’t come into the ruins expecting to not die, because you most certainly will.

Not only are the enemies and combat very thought out, but the level design had some consideration that shows. Some encounters with your foes almost are like puzzles with multiple solutions. At times there can be the very simple solution, but others not so much due to very creatively placed dangerous traps. Within the labyrinth in Lost Ruins you will find traps and hurdles in many forms. Obviously there are enemies, but we are talking about something very different. Elements such as poison toxins and oil on the ground that can slow you down, but even more alarming, oil can catch fire, burning you. Also, even getting wet from water has its effects that the player must consider. These elements can be used to your advantage, so be vigilant in using your head as well as your sword. 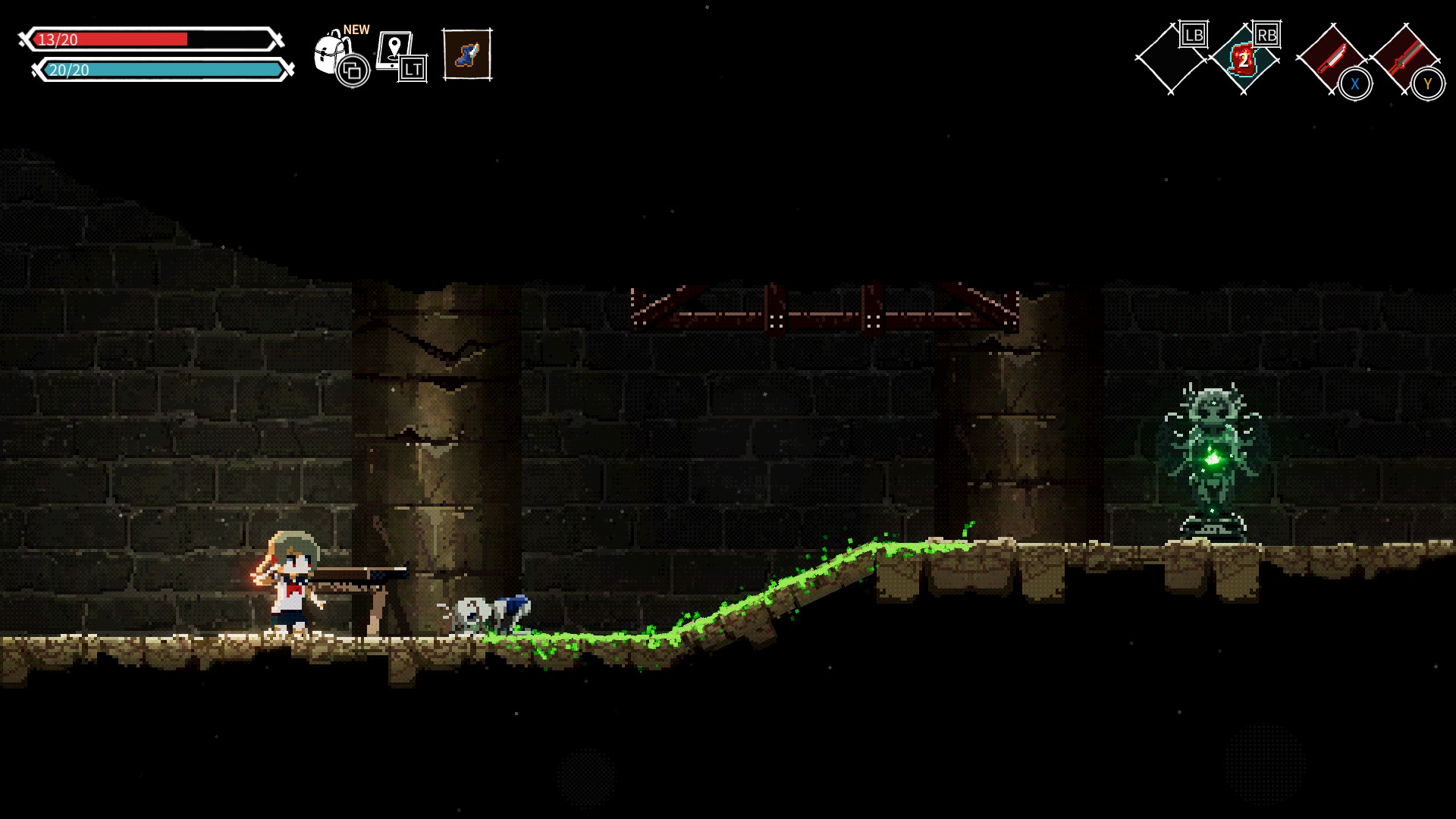 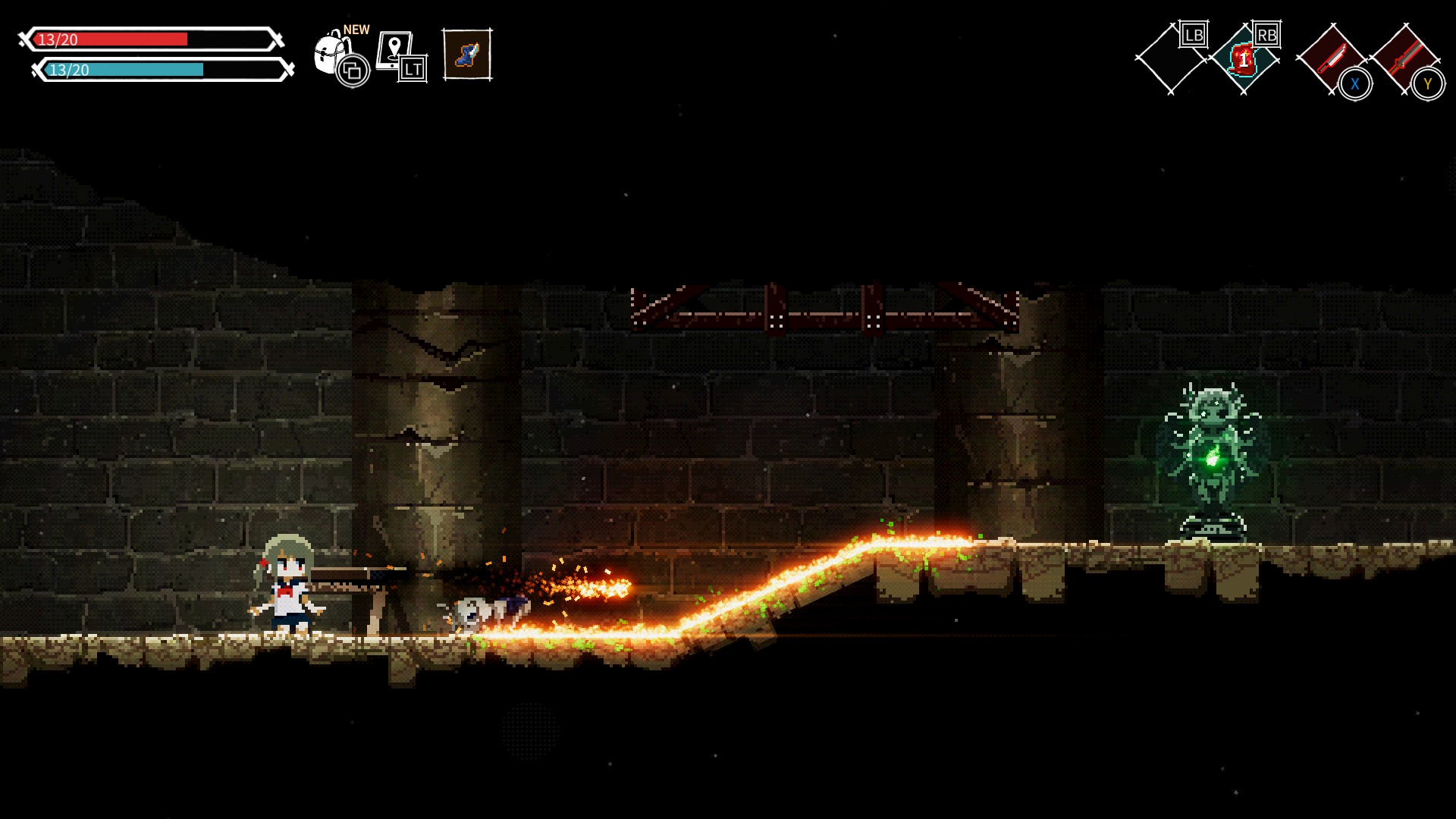 As far as story goes in Lost Ruins, there is a dash of it here, but nothing more than most would expect from a metroidvania title. More-so than not, the story-line is just there as an excuse to move you from point A to point B. Story is there, but don’t come in looking for some classic RPG depth as this is not that style of game. 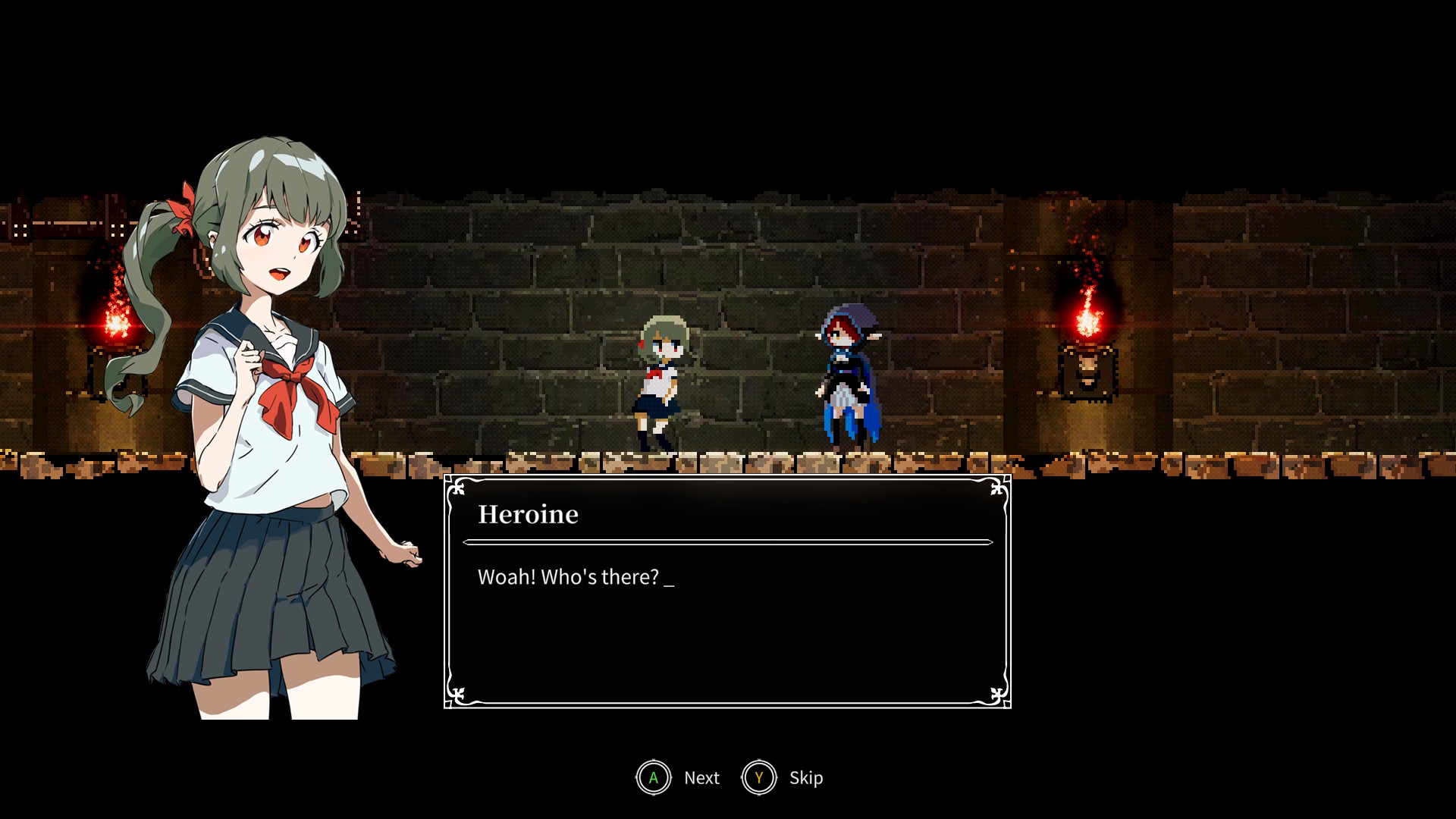 Although I have to admit, this type of game is not for everyone, there is a part of me that thinks there is something here that creates a nice blend that anyone could enjoy. Some players may find a little more struggle than others, but it isn’t so difficult that it’d be hopeless for an average player to succeed. Lost Ruins is a fantastic game that not only presents a very well done gaming experience, but also comes at a very affordable price-point. 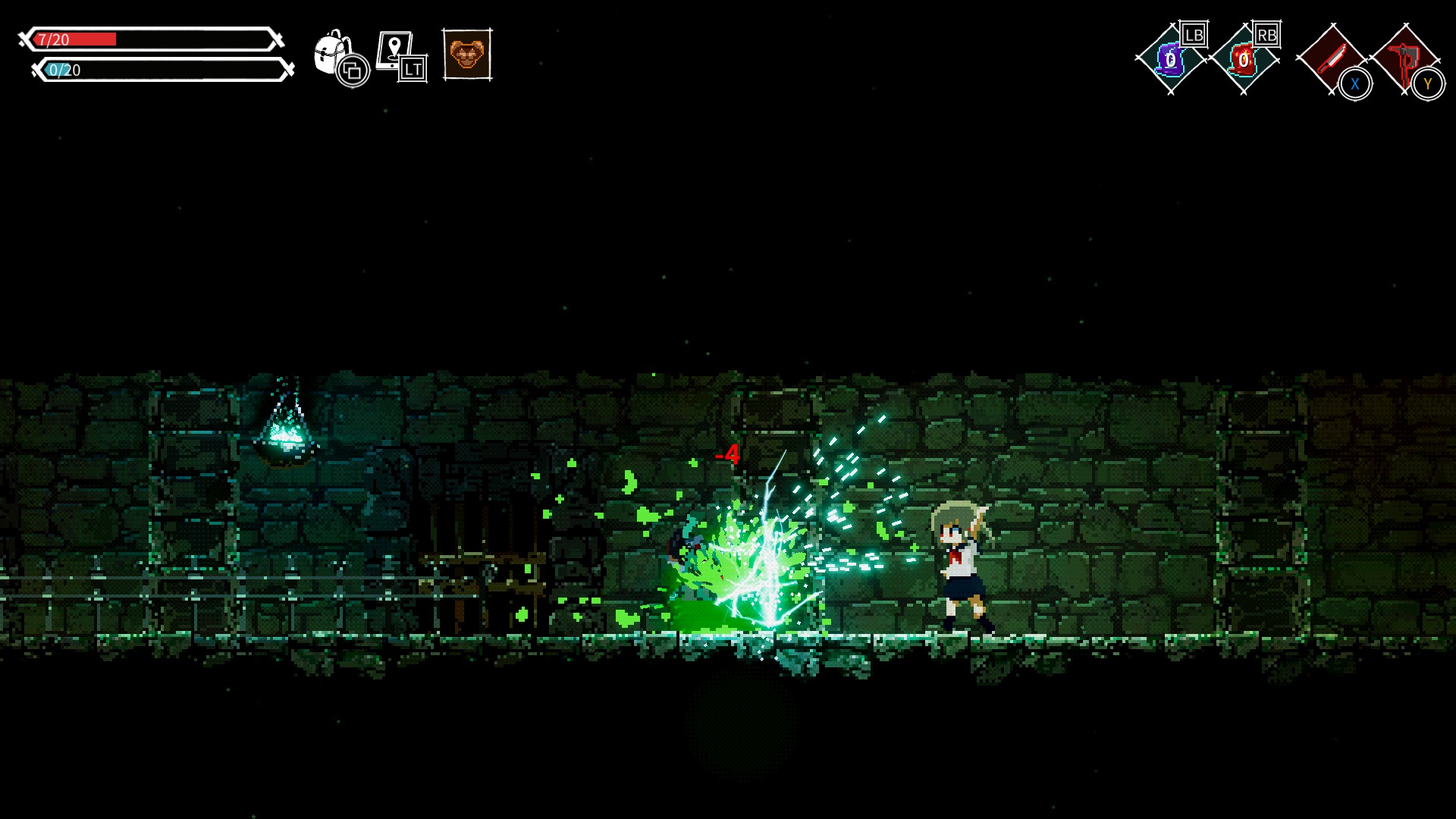 If you are a player who wants the best bang for your buck, then you have just come across a stick of dynamite. Lost Ruins is a must buy in my opinion and from a development team we definitely want to keep in the development world. 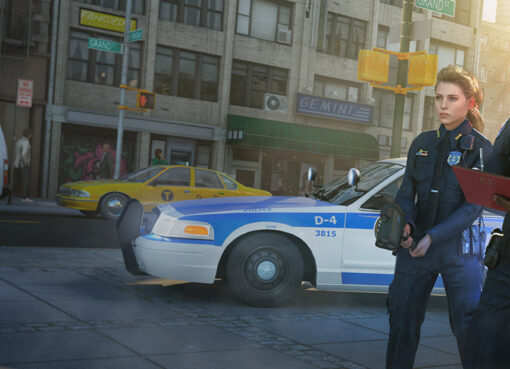 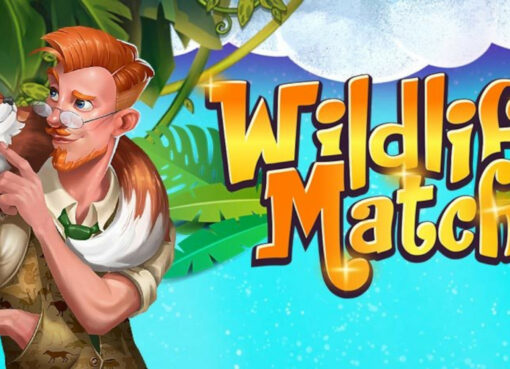 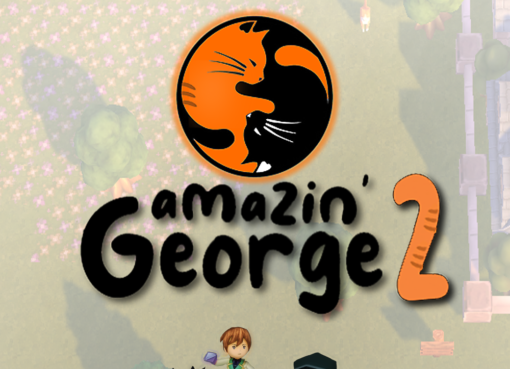