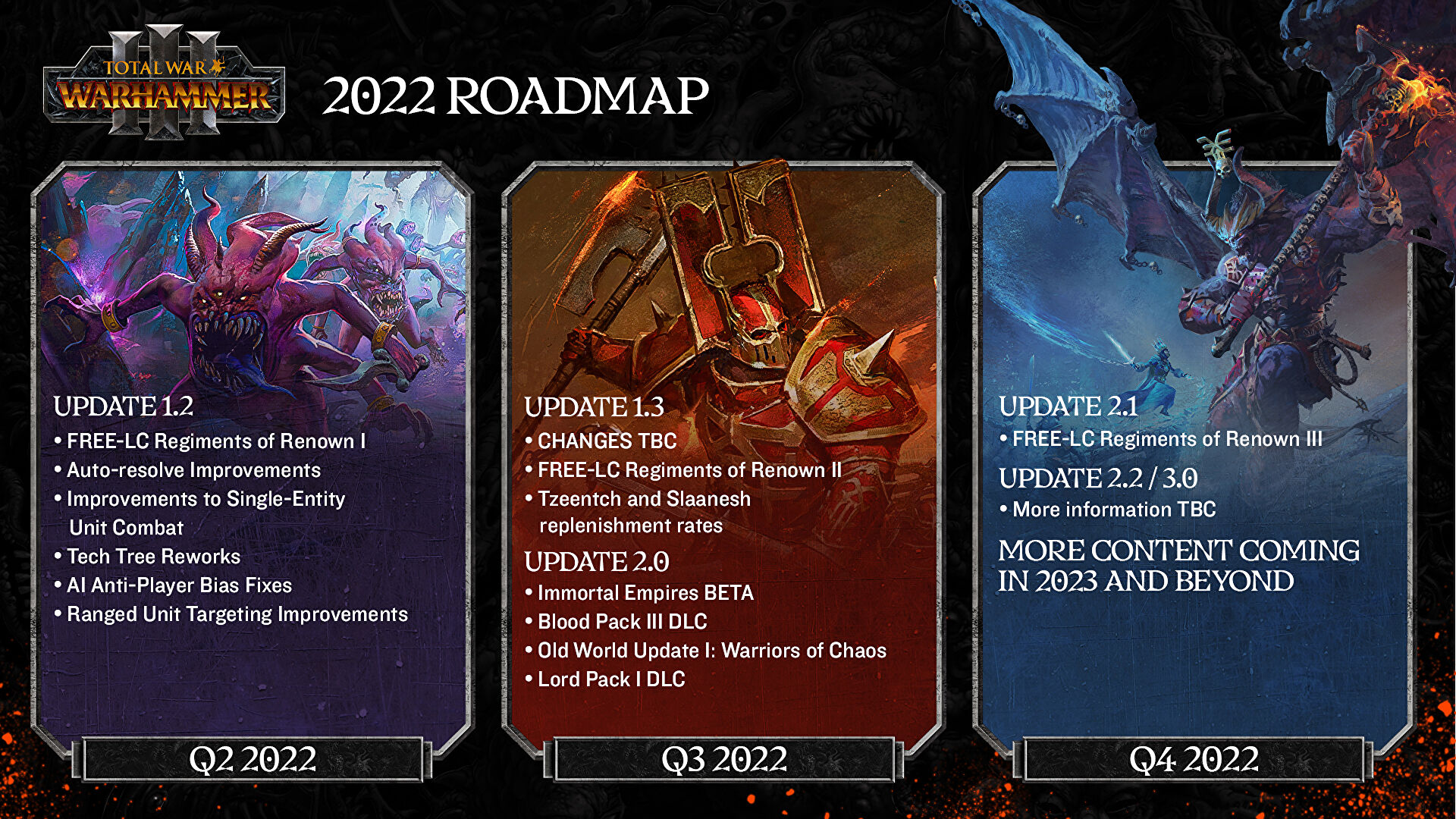 Creative Assembly have laid out the 2022 development roadmap for Total War: Warhammer 3. It contains detailed descriptions of the fixes and balance tweaks to come over the next few months, but the exciting stuff will all land this autumn, including the series-spanning Immortal Empires, mod tools and the first of several revamps for the series’ older races.

Old World Update 1 will arrive in the same update. The goal, as described in the full roadmap, is to bring some of the older races from the series up-to-date with newer systems introduced in Warhammer 3. These updates “can include the introduction of new systems, units, features, and balance to make them a more formidable force on the battlefield”, and the first will tackle the Warriors Of Chaos.

The Total War Assembly Kit will arrive in the same period, allowing folks to make mods for the game. Before that, however, updates 1.2 and 1.3 will arrive with plenty of changes as well. Update 1.2 is due sometime in May will stop AI factions from rebuilding towers so quickly, stop AI from focusing on the player over other factions on the map, make snow less bright, and improve the auto-resolution of battles – among many other changes you can read about in the full post.

The complete roadmap is lengthy and contains some scant details about updates due in the final quarter of the year, and even some rough plans for 2023. “You can expect to see this latest instalment evolve, improve, and continue to grow in both scale and content in the years to come,” says the post. 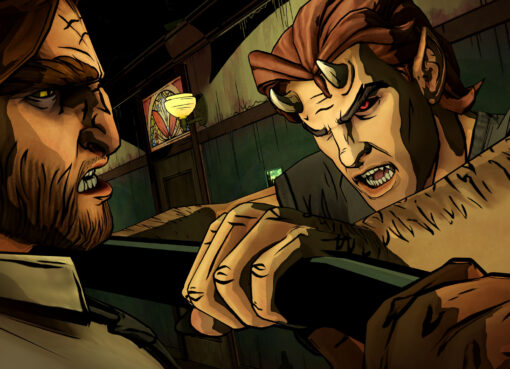 After Wolf Among Us 2 no-shows at The Game Awards, the devs promise more info soon

Telltale Games - that is, the new Telltale Games, a new studio that's picked up the assets of the old - announced a new game based on The Expanse last night at The Game Awards. This comes two years af
Read More 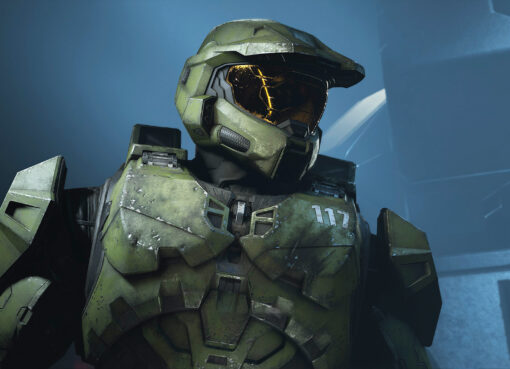 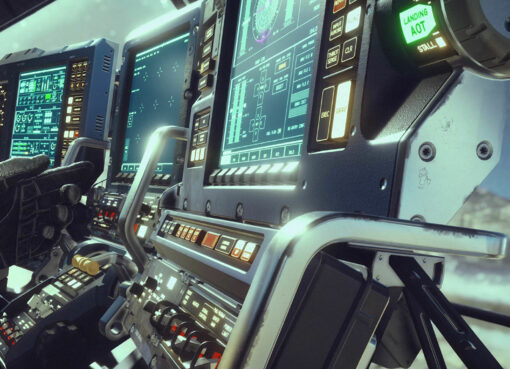